FROM THE ANNANDALE BLOG

Public hearings on the proposed amendment to the county’s Comprehensive Plan are scheduled before the Planning Commission on Nov. 2 and Board of Supervisors on Dec. 5. 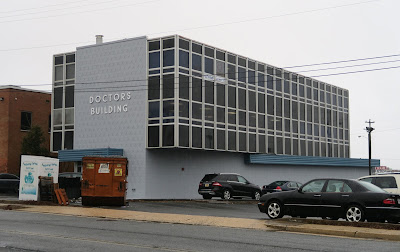 Bailey’s Upper is one of the first examples in Fairfax County of a former office building adapted for a different use. The school opened in September 2014 in a building at 6245 Leesburg Pike that used to house county human services staff.

Other office building conversions in the works in Mason District are the eLofts project at 5600 Columbia Pike with flexible live/work spaces and Spa Forest on General Green Way in an industrial area.

As of December 2016, Fairfax County had more than a million square feet of vacant office space, said Sophia Fisher of the Department of Planning and Zoning. At the same time, companies need less space as more employees are teleworking and sharing offices. 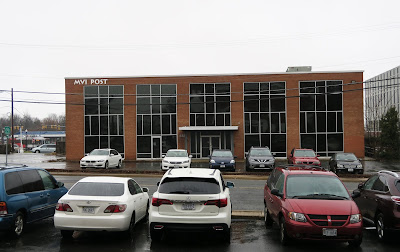 The Seven Corners building has been vacant for years.

In 2015, the Board of Supervisors convened a work group to study how older office buildings can be repurposed or repositioned. The group’s report, issued last fall, presented more than 20 recommendations, including a proposal to add a policy plan appendix to the Comprehensive Plan to provide guidelines for these types of projects.

The concept under discussion would allow developers to propose repurposing projects that meet certain criteria without having to submit specific comprehensive plan amendments. They still would need to submit rezoning applications, however.

These projects would be limited to certain redevelopment areas, including Annandale, Bailey’s Crossroads, Springfield, the Dulles suburban center, and Tysons. Non-residential uses of office buildings would be allowed in industrial areas.

Questions were raised at the meeting about why the county is focusing office conversion projects in mixed–use redevelopment areas when the need is greater in other areas.

For example, there are office buildings with high vacancy rates in residential neighborhoods that are not near transit that could be more productive if used for housing or other purposes.

According to staff, office building conversion projects in such areas could still be proposed but would require a Comprehensive Plan amendment. “We want to be sure we’re doing this cautiously, in a way that is sensitive to stable neighborhoods,” said Meghan Van Dam, chief of the Policy and Plan Development Branch. Those projects would need “an additional level of community outreach.” 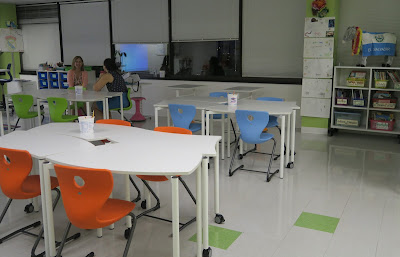 During a tour of Bailey’s Upper after the meeting, Jeff Platenberg, assistant superintendent for facilities and transportation services at Fairfax County Public Schools, pointed out some of the school’s features, such natural lighting, expansive views on the upper floors, a small theater, interstitial stairwells between floors, and the use of color schemes to differentiate grade levels.

FCPS had been searching for years for land to build a new school to relieve severe overcrowding at Bailey’s Elementary School, Platenberg said.

When the owner of the building on Leesburg Pike proposed a rent increase, the human services offices relocated to the Heritage Center on Little River Turnpike in Annandale. FCPS began exploring the possibility of purchasing the building for use as an urban design school, Platenburg said, but “communicating with the owner was more challenging than expected.”

The owner had foreclosed and the property had become part of a real estate investment trust based in New York City. After failing to receive a response, the school board had to send a letter of eminent domain in order to proceed with the purchase. 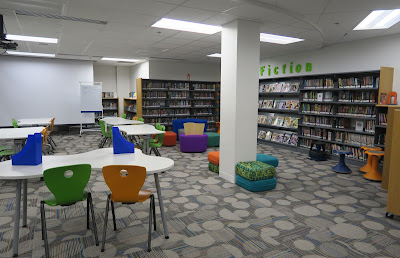 The media center at Bailey's Upper.

Once the school board acquired the property, it had to move fast – with just four weeks for design and 17 weeks for construction – so it could open in time for the start of the 2014-15 school year.

As a result, many local residents were uncomfortable about the speed of the project, and were especially unhappy that the school would open without a gym or playground. Those elements were completed last April.